Players will enter the chalice Dungeon together as a team, striving to destroy the Monstrous denizens within, but eventually all partnerships come to an end. In blood borne: the card game, 3 to 5 hunters work together to get through the dungeon and collect yharnam’s blood before facing off against the horrible final boss. Hunters engage in battle with monsters, secretly selecting an action card to play simultaneously. Discussion is allowed, even encouraged, but players aren’t bound by any promise they make. As they advance deeper into the Dungeon, they will collect the blood of their fallen opponents. If the team can survive the final boss, the Hunter with the most Trophies will be named the Victor.For 3-6 players
30-45 minute playing time
Set in the world of the fan-favorite blood borne video game on PlayStation 4 and designed by the acclaimed Eric m. Lang
Players upgrade and strengthen their hunters as they delve deeper into the chalice dungeon
Multiple bosses and randomly generated Dungeons offer tons of replay ability 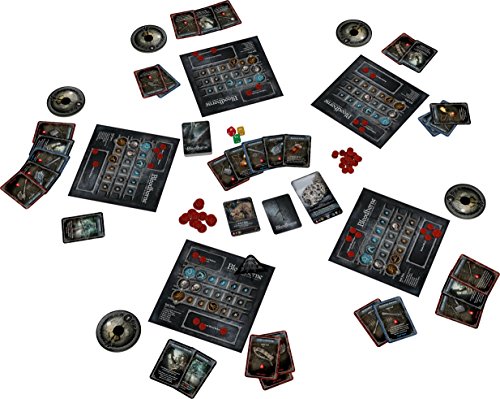 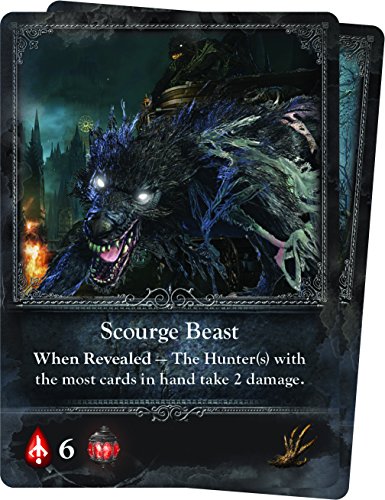 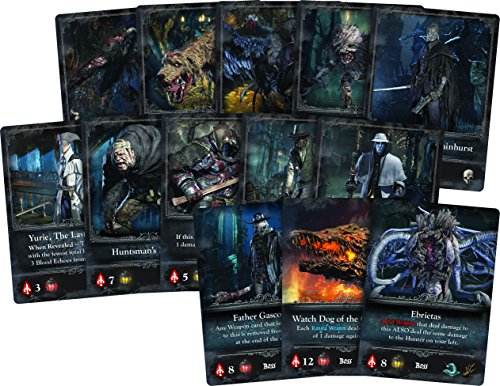 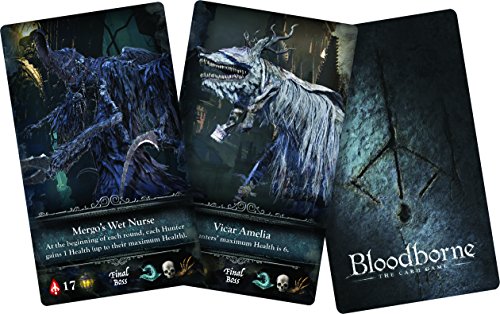