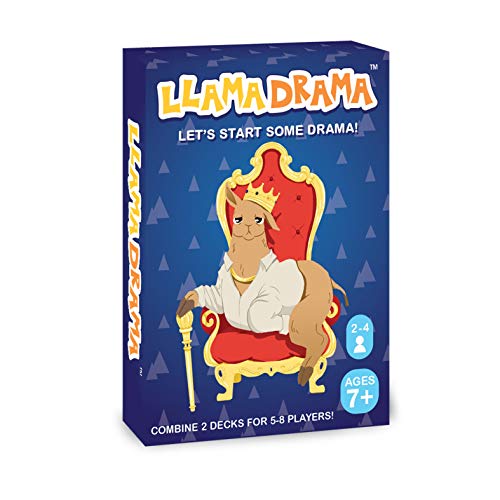 ◆ Easy to learn and fun to play, Llama Drama is a family-friendly card game incorporating luck and strategy!

◆ Excellent present for holidays, birthdays, unbirthdays for your friends or even your pet llama.

◆ Take turns playing cards according to the Llama Hierarchy. Special Llamas save the day, and if someone can’t play, they end up with a handful of llamas!

Baby Llama
Full of curiosity and adventure, she loves to play and throw your keys. Don’t be fooled by her adorable exterior; she’ll wreak havoc if unattended. Be prepared with diapers and a fire extinguisher. Still, everyone loves her because she’s so cute. That’s why you can play Baby Llama on any card, and any card can play on her!

Magic Llama
Magic Llama can do all sorts of tricks, but more importantly he’s very tidy. He’s always cleaning and ever since reading Marie Kondo’s book he LOVES making things disappear. That’s why he can play on any card and make the entire Play Pile disappear!

Ghost Llama
Poor Ghost Llama was not long for this world and has unfinished business. She can’t remember what or she would have finished it! Is she a jilted lover, a scorned business partner, or has she simply lost her keys AGAIN? She doesn’t like to make a ruckus, so she can play on any card. Since she’s invisible, you can just play as if the previous card is on top.

Big Llama
Big Llama was groomed from childhood to run the family business and handle all llama affairs. He loves meatball subs and big shiny chains. Big Llama can be played on any card except Shy Llama, but only special llamas can play on top of him, except Shy Llama.

Shy Llama
Shy llama has serious social anxieties from growing up with Big Llama. She doesn’t like to be approached by just anyone and certainly not by Big Llama. Only numbered cards 1-4 or some special llamas can be played on Shy Llama.

An exciting, family friendly, llama-loaded card game that you’ll want to play again and again!
Simple and easy to play! Video instructions available on llamadramas website.
Horse-play not included. Llama-play included. (Except for the spitting part.)
2-4 players, ages 7+. Buy a second deck to play with up to 8 players.
Fun and Competitive New Card Game for Families, Friends, and Board Game Nights. Easy to Learn and Fast Play. Best for Kids Ages 7 and Up, Teens, and Adults 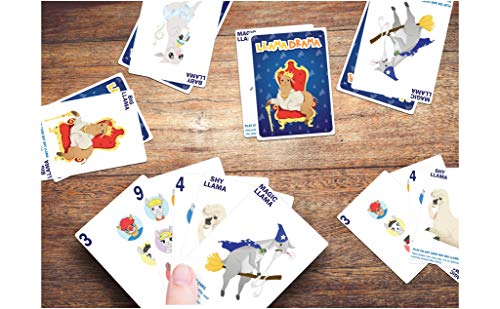 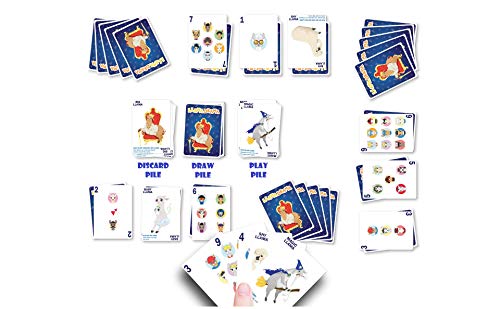 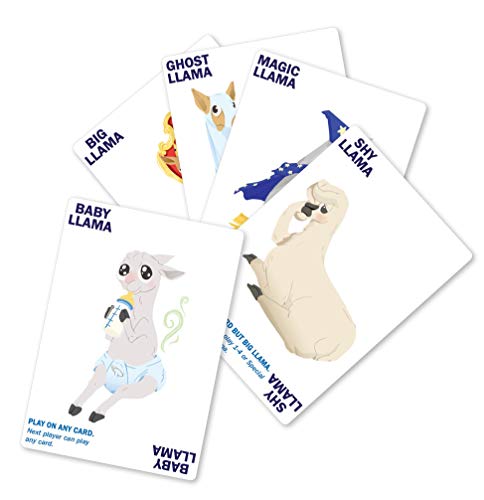 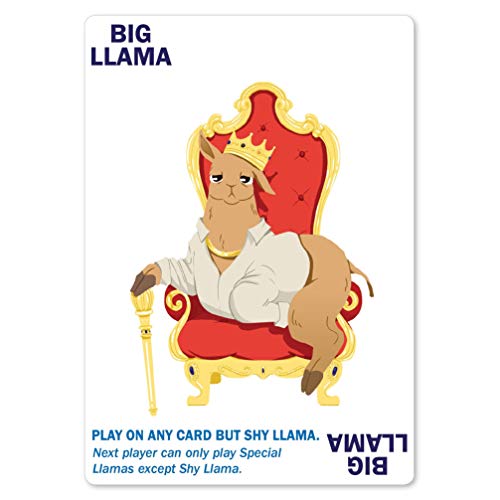 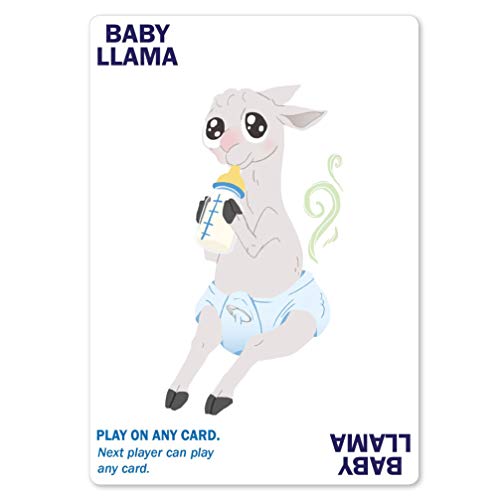 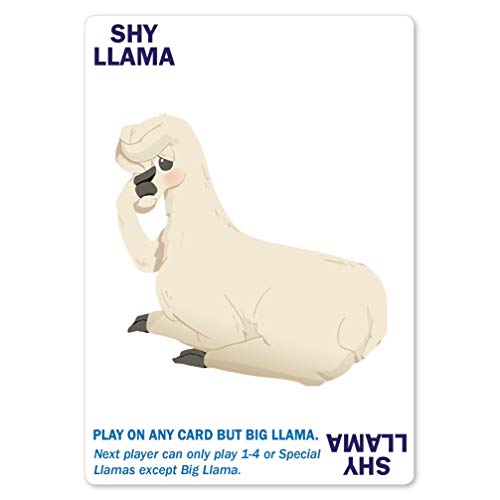 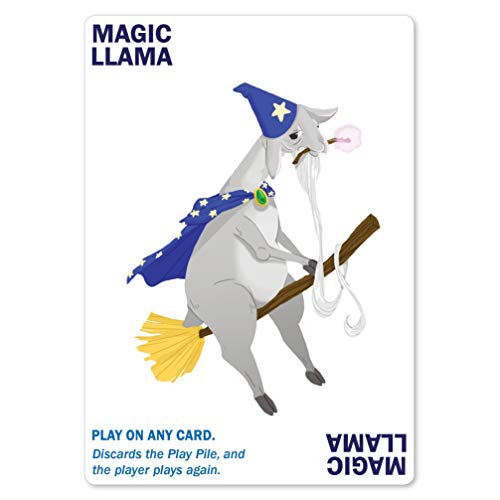 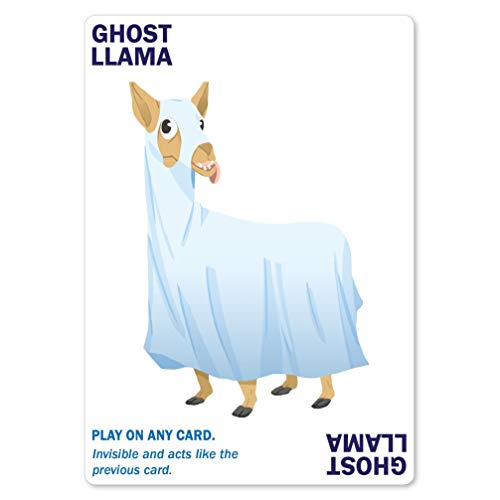