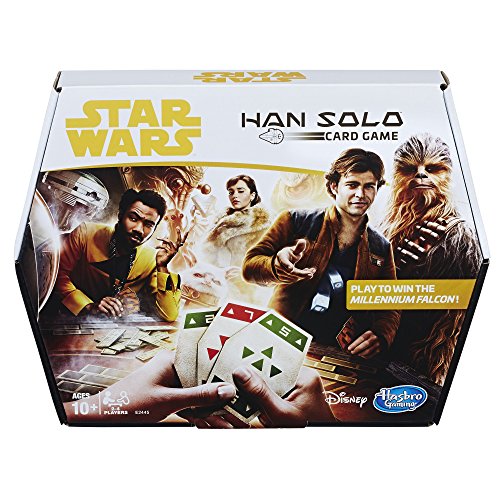 The Han Solo Card Game is inspired by a legendary card game from the Star Wars universe! In this exciting game, players try to score as close to zero as they can with their cards. They can add or swap cards to improve their hand during each round, but rolling the dice and getting doubles will shake things up. At the end of a hand, the best score collects the most valuable bounty token. If you collect wisely, you can even steal the Millennium Falcon – the highest valued token. The player whose tokens add up to the highest value at the end of the game wins.

Star Wars products are produced by Hasbro under license from Lucasfilm Ltd.
Hasbro Gaming and all related terms are trademarks of Hasbro.Inspired by the legendary game from the movie
Collect the greatest bounties in the galaxy
Compete for cardboard bounty tokens
Add or swap cards to improve each hand; play to win the coveted Millennium Falcon cardboard token
Includes 62 cards, 24 cardboard bounty tokens, 2 dice, and instructions. Ages 10 and up. For 2-4 players. 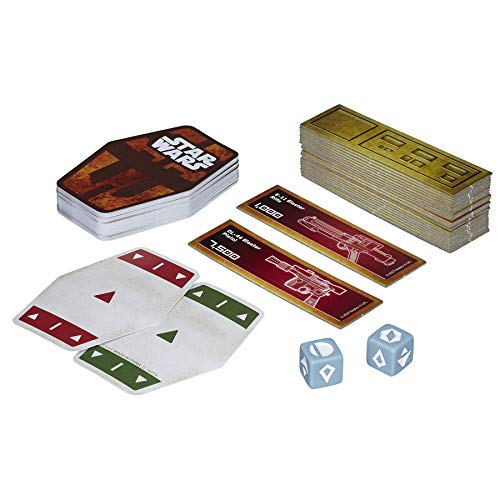 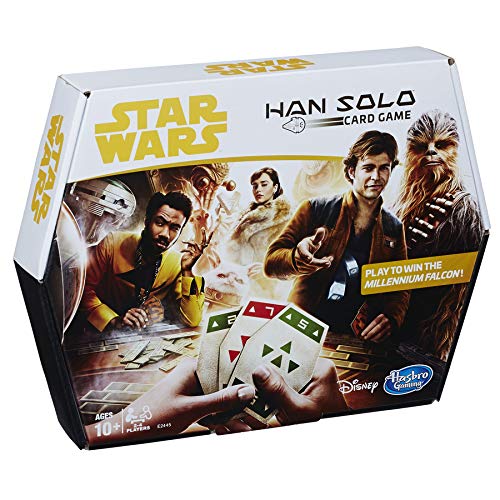 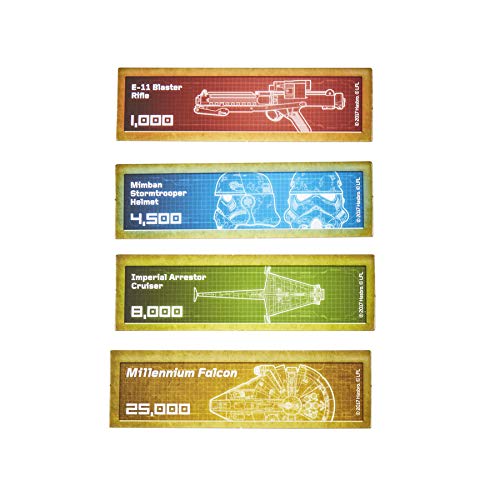 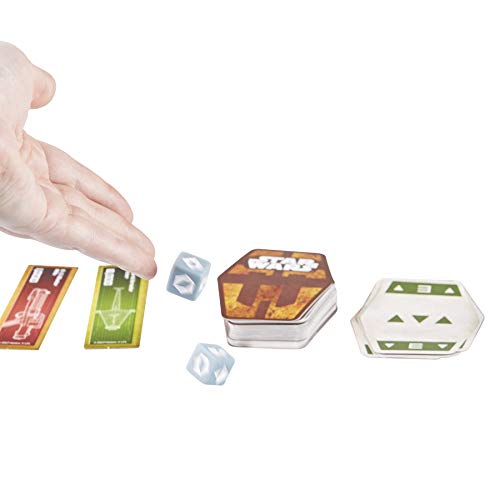 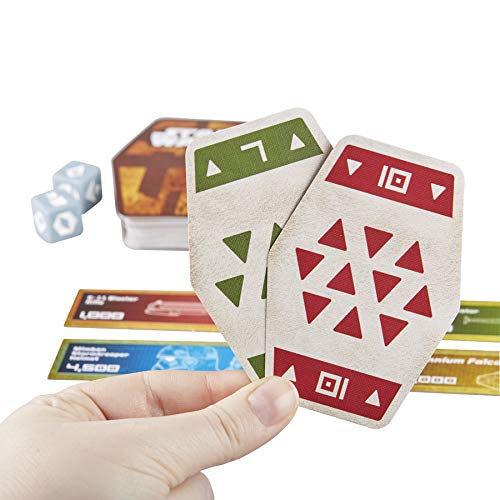 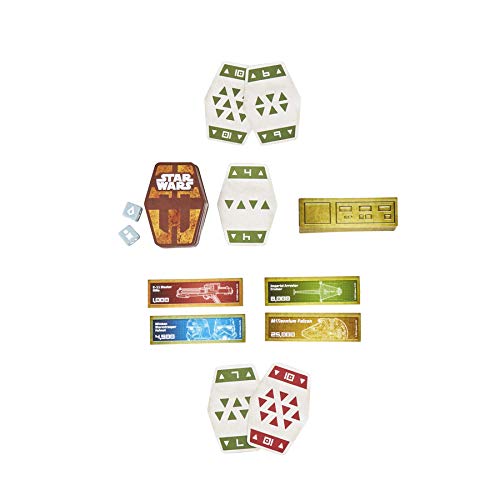 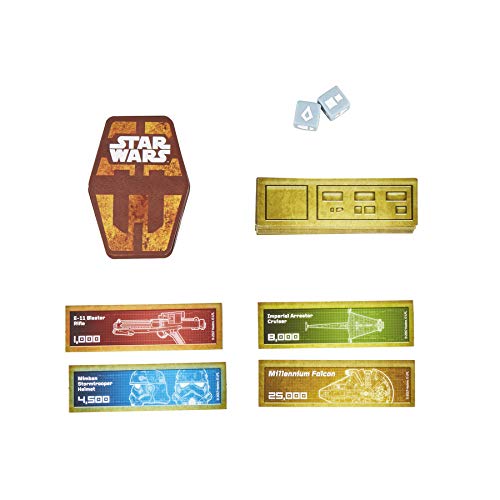