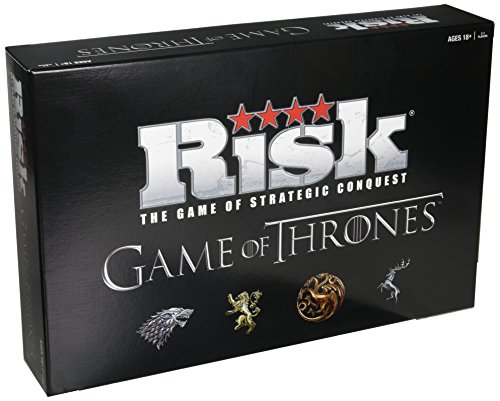 RISK: Game of Thrones Edition Game escalates Risk, the classic game of strategic conquest, to an epic level of chaos and war in a battle for the Iron Throne. Featuring striking game packaging, two custom-designed game boards, three ways to play, seven finely sculpted armies, and more than 650 total pieces, this game of strategic conquest will test the wits and bravery of both Risk and Game of Thrones fans. So, ready your swords for battle as you vie for domination of the Seven Kingdoms and beyond, because in RISK: Game of Thrones Edition Game only one victor can sit on the Iron Throne.SEVEN ARMIES DESTINED FOR BATTLE: Claim your right to the Iron Throne with one of seven Noble House armies. Each army is composed of 45 finely crafted game pieces (315 game pieces total) represented by two different sculpted designs (1 unit army and 3 unit army) and one sculpted Seat of Power (castle).
TWO CUSTOM DESIGNED GAME BOARDS DISPLAYING THE KNOWN WORLD: Partake in the War of Five Kings in the lands of Westeros with the 3-5-player game featuring Houses Martell, Stark, Baratheon, Lannister, and Tyrell; contest the rule of the Ghiscari slavers in the realms of Essos in a 2-player game featuring Houses Targaryen and Ghiscari; or combine the two maps to fight the war to end all wars in a 7-player game featuring all seven Houses.
SEVEN EXCLUSIVE PLAYER BOARDS FIT FOR THE FINEST COMMANDERS: Track your progress on one of seven personalized Player Boards customized for each House and never before included in a game of Risk
TWENTY-EIGHT SPECIALIZED CHARACTER CARDS FEATURING EXTRAORDINARY ABILITIES: Utilize the skills of four of the most powerful members of your House (28 Character Cards total; four per House) to dominate battles and defend against attacks.
STUNNING GAME PACKAGING & COMPONENTS: Proudly display the customized game box featuring silver-foil stamps of the House sigils and then organize your armies in specialized army storage containers within the game box. 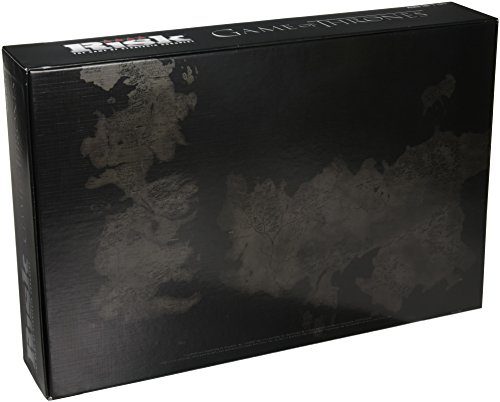 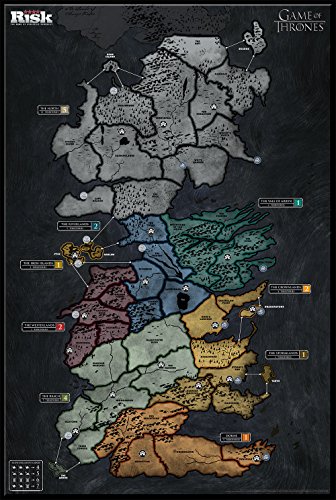 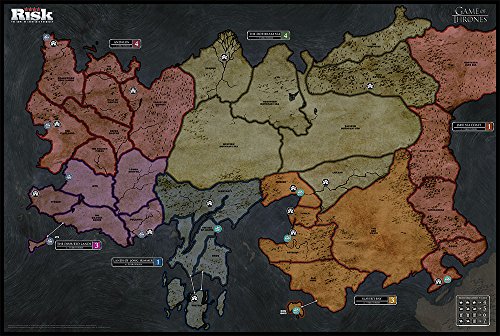 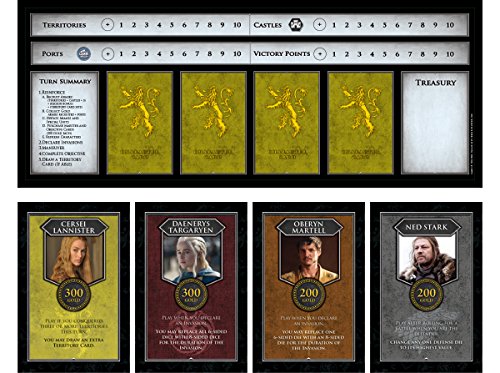 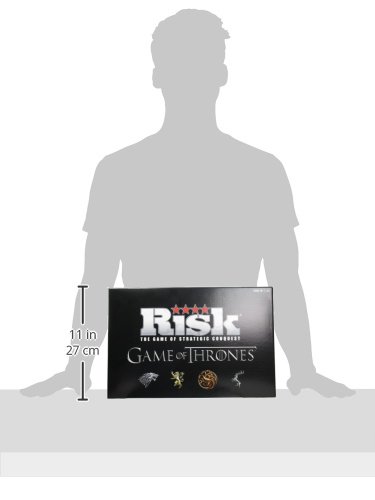